Many challenges face the industry and profession of Recruiting!  From the effective and beneficial use of Social Media to attract, engage and interact with both companies and individuals… 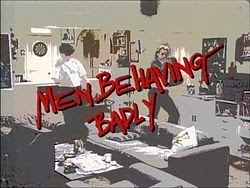 too the Cowboys [not politically correct but you will see my point shortly] who work in the space and claim to be ‘Recruiters’ and operate unethically, inappropriately and without remorse for their behaviour/actions/activities…

Who is at fault for the following Tale of Woe?  You tell me your opinion – I have mine.

Since arriving in Canada in 1998, I have practiced my art of ‘Recruiting’ and the applied the process of ‘Recruitment’ to the highest moral, ethical and respectful standards possible – IMHO.  As the industry and process is not Nationally Regulated, but Self-Regulated by such associations as ACSESS, NAPS, APR and in direct competition with the recruitment practices as defined by the regulated body HRPA, it is paramount those who work and practice in the recruiting/staffing marketplace do so correctly, ethically and respectfully – as the saying goes – ‘We should all sing from the song-sheet and to the same tune’.  After several infamous companies / organizations in 2004 were caught and punished for misuse of personal data/information, mis-representation and down right fraud – I thought the industry and profession had seen the light and got rid of the ‘Bad Boys’.

So the tale: Last week [February 2014] there I was sitting quietly searching away for that elusive needle in a haystack and the phone rings –

“Hello John its Gary XXXXX [name changed to protect the innocent], do you have a minute I have a situation and don’t know what to do?”

” Hi Gary, certainly, no problem, what seems to be the problem”

“Well – I had a call from someone [MALE] who says they are a Recruiter from a company in Toronto, located on Bay Street, who specialize in IT and staffing.  They sent my resume/profile to a company located in Waterloo and the company want to meet with me!” – long pause…

“I don’t know who this recruiter is, I have never talked to them before, never sent them my resume for anything before and certainly did not give them permission to represent me.”

“As you know John, I only work with people I know and who know me!” – “I [Gary] have told the recruiter to give me details of the company/position and I will check them and opportunity out and get back to HIM – that was an hour ago and HE has called me back twice asking when I am going for the interview and what is the problem – HE is very pushy, in fact RUDE and I feel THREATENING”.

“John, is this normal and acceptable practice today for Recruiters to find and present and claim to represent a candidate for a job without talking with them, AND getting permission to represent them? And then to harass you to go for an interview?”

“Absolutely NOT Gary – I can’t believe someone would do this TODAY and they are not a Professional Recruiter, please don’t tar all of us with the same brush.”

“Gary – quick question – How or where did HE get your resume/profile and contact details to present you in the first place?”

The conversation continued and I appraised Gary of my thoughts and opinions and even suggested a course of action to take…  2 days later Gary called me back, he had just returned from the interview, the Hiring Manager had asked him [Gary] to send in some samples of work ‘directly’ to him and not the recruiter, and to go back in on Monday for a 2nd interview with himself, HR and a VP.

So my questions to you:

What would you have advised Gary to do?
Who is at fault – Gary for having his information On-Line, or the Recruiter for presenting it with out permission?
What should the company do upon learning of this [philosophy] practice by the staffing firm and so-called recruiter?

Neil Carberry, CEO of the REC